Asian food bowl is half empty

Over the past few years whilst Australia has been totally absorbed with supplying China with iron ore and ‘stopping the boats’ from Indonesia, our northern neighbour, along with a few of our other neighbours, have taken away a sizable chunk of our food export markets. 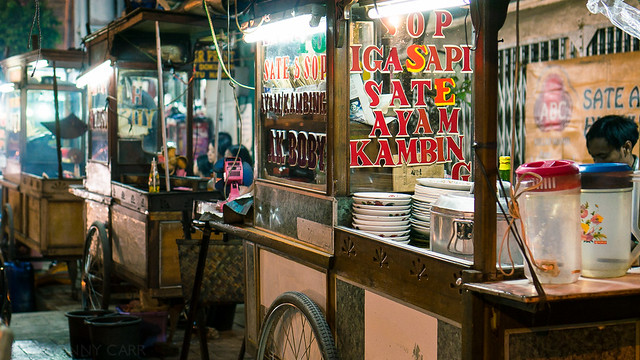 Just look at agriculture. We proudly boast that Australia will be become ‘The food bowl of Asia’ and that we are about to experience a massive ‘Dining boom’ to replace our mining sector as the major exporter for Australia. Yet the official statistics are concerning:

China’s imports of food over the past few years have seen our share of that huge market actually fall; from 6% to 3% of total imports. Meanwhile, Indonesia has seen its exports of food to China ‘explode’ from just 2% to 13%. It gets worse. Look at our food exports to Malaysia which is traditionally a major buyer of Australian food. Our share of their food imports has dropped from around 17% to just 6% whilst Indonesia has increased its share from 8% to 28%.

Australia’s export of food to Indonesia itself also tells another disturbing story; Down from 16% in 2006 to 8% today.

So what has gone wrong in the middle of what should be our next export boom?

Firstly, we have taken our collective eye of the big emerging ‘ball’ to our north. Whilst we see Indonesia as a place that ‘collects, then ships boat people’, or a place that is home to terrorists or military dictatorships, our neighbour has grown-up and has produced an economy-including agriculture-that needs all the technical and scientific help it can get to expand its food growing capacity to not only feed its own people, but to ‘add value’ and export manufactured food to the Asian and Middle Eastern regions.

We have failed to identify this opportunity, but it’s still not too late if we face the reality that for some food crops, Australia will never be able to compete against our Asian neighbours with their high rainfall, better access to markets, fertile soils and economies-of-scale with large populations and low labour costs. But just because we are berry growers or dairy farmers for example, doesn’t mean we must only operate from Australia. By partnering with Asian growers for example we can invest in the supply chain and bring our extraordinary knowledge and skills to build mutually successful businesses.

Our live cattle export industry is now rebounding strongly, but we once again fall into the trap of wanting to revert to the ‘we sell; they buy’ model. We must co-invest in the entire supply chain so we build a long-term and vibrant food market, with beef as the core ingredient, selling to not only Indonesian consumers but also to third-party markets throughout the region.

WA’s CBH Group, through its Interflour operations in Asia doesn’t just sell several million tonnes of WA wheat to Indonesia every year, but ‘adds value’ through its Asian partnerships to manufacture flour, plus billions of packet-noodles with an enormous benefit back to WA farmers. Smart.

One often wonders what could have happened fifteen years ago if we had then identified Indonesia as the future power-house in motor car manufacturing, and that they would need first-class components to be manufactured nearby using knowhow and technology that Australia has. Could we today have large vehicle component design, technology and marketing businesses here in Australia with the actual assembly being done by our JV companies next door to the car plants in Jakarta? Sadly we will never know.

Meanwhile for our farmers and growers of agriculture products here in Australia we need to get their input costs down. Energy costs are an enormous burden on our primary industries. Labour availability and costs remain a major problem, as does government regulation and red tape which has lead to Australia falling nine places this year (to 23rd place) in trade efficiency in the past four years.

Fortunately local food associations such as Horticulture Australia have identified these challenges and our industry is moving to achieve better economies-of-scale through larger farms and improved on-farm practices plus lobbying government to cut the red tape and the cost burdens to which I have already referred.

Even if we do all these things, and they are needed to be done urgently, we still must think more laterally as to how we produce food and goods for export. Using integrated supply chains through international partnerships, that involve co-investment overseas and in Australia, will be critical. Government organsiations such as Austrade should play a key role in implementing and facilitating these plans. They have many good people and we should use them.

Asylum seekers have been the most important regional issue for many Australians in recent years, but our sole focus on irritants such as ‘stopping the boats’ may be costing us dearly.

Ross B. Taylor AM is the President of the WA-based Indonesia Institute.

This article from the West Australian, Saturday 15th March originally appeared at Our Indonesia Today. The opinions expressed in this article are the author’s own and do not necessarily reflect the views of the Australia-Indonesia Youth Association or its partners.

Sign up to our weekly newsletter, AIYA Links, to receive updates on Australia-Indonesia news, events and opportunities.